A total of 14 submissions involving 11 species were reviewed through written submissions for Rounds 11 and 12.

The Bird Records Committee does not usually accompany initial public announcements of accepted records with written descriptions or explanations until the formal report of the committee is published in BCFO’s journal, British Columbia Birds. However, the case of the Xantus’s Hummingbird is exceptional. Given that almost 19 years have elapsed since this bird was seen, and the sighting has continued to be a subject of speculation and interest, even controversy, the committee decided to provide this overview of the sighting’s history and its passage through two BC Bird Record Committees.

On November 16, 1997, a bedraggled hummingbird was found in the garden of Lloyd and Gerrie Patterson in Gibsons, BC, by their visiting daughter, Louise Levy. The Pattersons put up some hummingbird feeders expecting an Anna’s Hummingbird, but by November 19 had seen enough of the bird to realize it was something unusual. Eventually, through the efforts of several birders, the identification of Xantus’s Hummingbird was determined. Despite being in the days before cell phones or the internet were widely used by birders, it didn’t take long for word to spread. Soon birders from across North America were arriving to see this bird, a species with only two prior North American records (both in California in the 1980s). What the Pattersons could not have predicted at the time, was that this little bird would set off ripples in the BC and North American birding communities for years after, and no final decision about the bird had been made until now.

The Xantus’s Hummingbird (Hylocharis xantusii) is an endemic species to central and southern Baja, Mexico. Furthermore, it is essentially sedentary, with no defined pattern of vagrancy. The improbability of its arrival in BC created more speculation around its method of travel than probably any rare bird before or since. On one hand, that year had one of the strongest El Niños ever recorded, with multiple southern species turning up throughout the Pacific Northwest. Additionally, hurricanes and southerly winds had rocked the southern Baja. On the other hand, sedentary, endemic species are not prone to wander, extreme weather or not, and human assistance could also be possible. Some of the theories attempting to explain its mode of arrival have included that the bird was smuggled into the province and then escaped or was released, that it rode up on a cruise ship or other vessel, or that it got caught in an airplane (perhaps the wheel well), not to be freed until it reached the south coast of the province. It seemed that every birder had an opinion on the bird, and discussions about it were often laced with emotion.

The record circulated through the BC Bird Records Committee of the day. It was carefully considered by each member of the then-committee. The results from the first round of circulation were tallied, and the record received two negative votes out of six. Under the committee’s operating rules at the time, any record that received exactly two negative votes was re-circulated. Upon the second round of circulation the record again received two negative votes. The identification was never in dispute; rather, opinions were divided on provenance. Instead of simply “accepting” or “not accepting” the record, this two-negative-vote result spurred the committee to create a new category, that of “Status Undecided”. This new category was neither acceptance nor rejection of the record, but rather a place holder. The category is straightforward – in my opinion, it’s essentially the committee throwing its collective arms up and saying “we don’t know; there is no good explanation either way.” There is nothing wrong with this, but as birders, we like to have clear-cut definitions, we like to identify every bird, and categorize all we see. But that is not always possible, or at least not always possible to do correctly. There are always some birds that go unidentified, that defy our definition of species, or that simply do something weird; and the record of Xantus’s Hummingbird is one of the weirdest in this province’s birding history.

Unfortunately the records committee folded shortly after this decision. There were multiple reasons for this, and for the extended gap before the Bird Records Committee was re-established in the province, but the rumours spread rapidly, most focused on the decision on the Xantus’s Hummingbird record. Even the American Birding Association took their opinions to print stating, incorrectly, that the Gibsons bird was “…not accepted on origin grounds by the British Columbia Records Committee; a decision that seems unwise in the opinion of the ABA Checklist Committee.”

Perhaps the BC committee of the time had hoped that some new evidence, any evidence really, would come to light pertaining to this bird. But after nearly two decades, nothing related directly to this bird, or to Xantus’s Hummingbird vagrancy in general, has been forthcoming. There have been phenomenal records from across North America, and even in this province, that have proved time and again that birds are capable of making extraordinary appearances in places no one would expect, but no more Xantus’s Hummingbirds. There have been entire websites and databases developed to cataloguing, breeding, and selling captive birds, but not for Xantus’s Hummingbirds. What has changed is that the BC Bird Records Committee is once again operational.

One of the great features of a bird records committee is that information is archived for the future, unlike those listserve posts and Facebook updates that modern birders rely on. It was from these archives that the BC Bird Records Committee in 2016 reviewed materials and comments from 1997. We, as the BC Bird Records Committee, are not systematically revisiting old decisions. However, we felt that one way or the other,  a final decision was warranted after all this time, and that the record should be relegated from its lone place on the “Status Undecided” list.  It was from these materials, and from additional decades of experience and information on birds in general, that the committee again pondered the implausibility of this sighting using our consensus-based, rather than vote-based, decision-making framework. In the end, we still have no good explanation for the appearance of this hummingbird, but absent any information to the contrary, agreed that arrival via some natural mechanism was as convincing a reason as any. We thus, officially, ACCEPT the record of Xantus’s Hummingbird to the provincial list. We hope that the birding community can appreciate the challenges and effort that the original committee spent in evaluating this record. We also hope that by removing the Xantus’s Hummingbird from bird committee purgatory, a satisfactory conclusion can finally be had to this saga. 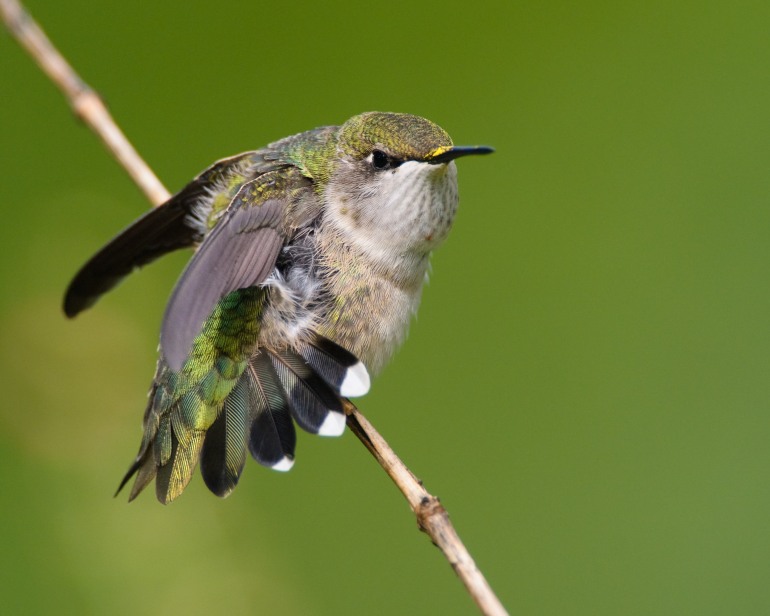 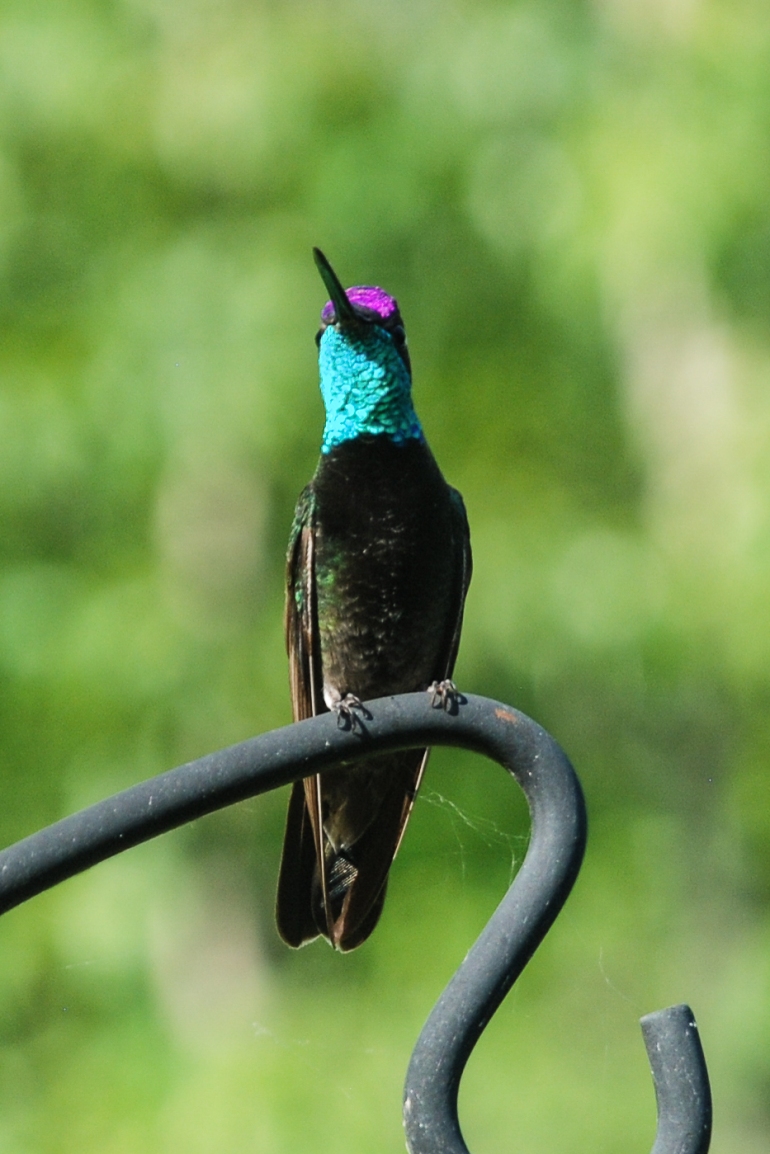 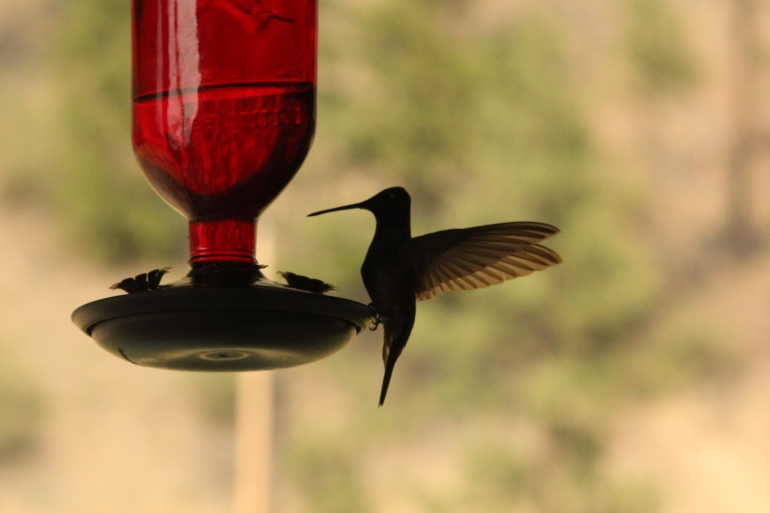 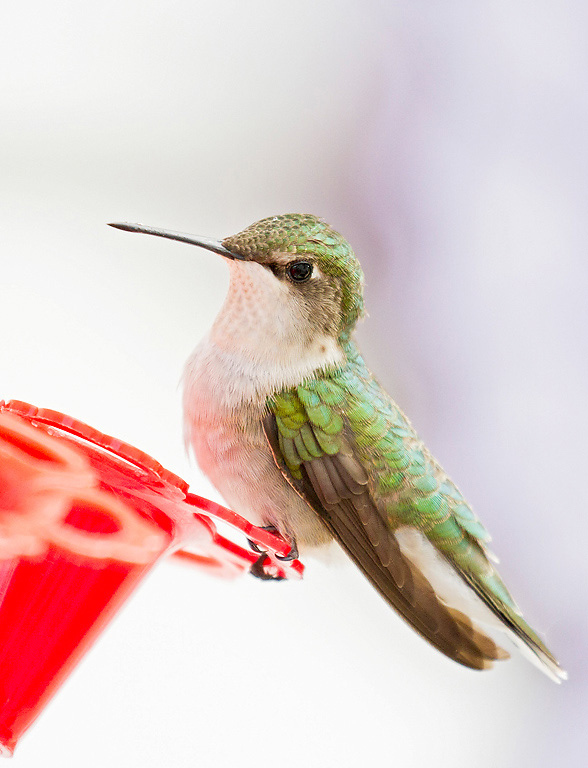