The British Columbia Breeding Bird Atlas is now complete, and freely available online for everyone. It’s a stunning document visually and impressively detailed in its coverage of BC’s 320 breeding birds. This landmark publication is the first of its kind in Canada to be published online, and it’s thought to be the most comprehensive web resource of its type in the world. User-friendly features make it accessible to environmental professionals, students, educators, and members of the public.

The Atlas is the result of one of the largest citizen science initiatives the province has ever seen:  1,300 British Columbians, including many BCFO members, contributed 60,000 hours of dedicated volunteerism over the eight years of the project.  The public-private initiative was supported by 140 partners, donors and special contributors.

This milestone is particularly rewarding for BCFO members as we have been supporters of this major project since its inception. Congratulations to all involved.

A sample species account is copied below, but there is so much more available at the Atlas website. 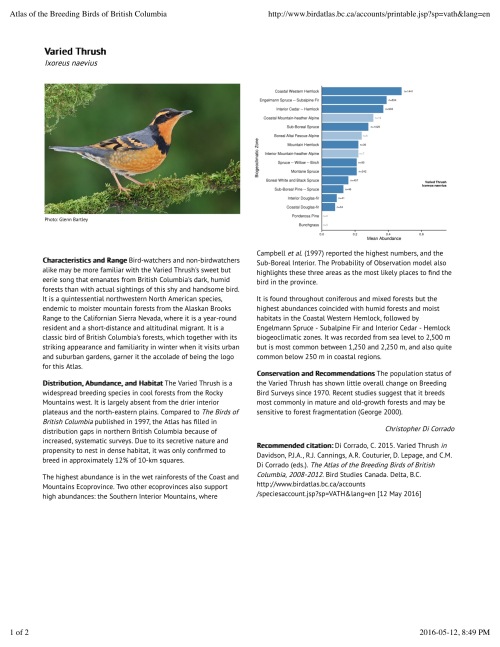 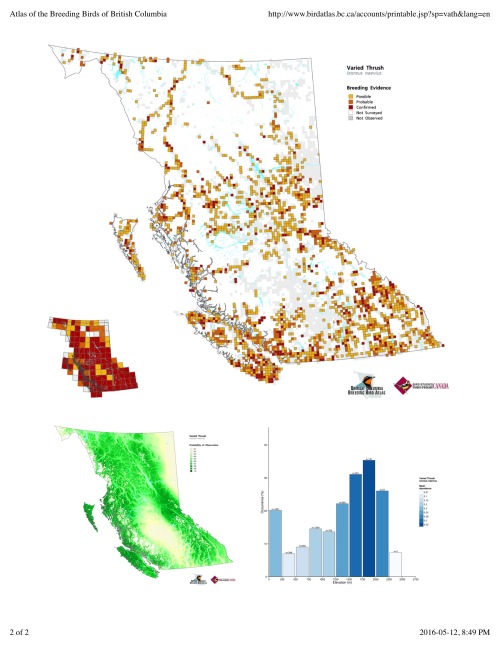